Why Clinical Trials are Important: One Caregiver Shares Her Reflections

By clinical
Posted
In Clinical Trials
Why Clinical Trials are Important: One Caregiver Shares Her Reflections2022-03-012022-03-01https://colpittsclinical.com/wp-content/uploads/2017/08/colpitts-clinical-logo1.jpgColpitts Clinicalhttps://colpittsclinical.com/wp-content/uploads/2022/02/caregiver-8.jpg200px200px
1

When my mother’s illness blindsided my family, we learned why clinical trials are important. She visited the doctor for a routine blood test, which eventually revealed that she had hepatitis of the liver and stage four cirrhosis. We live close to some of the best hospitals in the country, so my mother was quickly referred to one of the best hepatologists at a world-renowned hospital. Within two months, my mother signed paperwork to participate in her first of three clinical studies.

As we learned why clinical trials are important, we started to understand control groups in research.

Control groups in research are essential.  A control group in a study does not include the variable being tested and is used as a benchmark to measure the other group’s results.  There must be at least two groups in any valid trial, but some have more.

Control groups in research are essential to running a successful clinical trial.

My Mother’s Experience with Control Groups in Research Supported

The first was a blind study that involved four control groups. Initially we did not know in which group she was placed, but soon we could tell that she was likely in the group receiving three drug treatments. It was a long and very challenging road through this trial.

Only four out of 50 patients completed the trial – many since they could not bear the side effects – and my mother was one of the four. Although the trial did not result in recovery for my mother, she did show signs of improvement after she regained strength about three months post-completion.  Even though she did not recover, her signs confirmed why clinical trials are important.  It provided research to support others in a similar position as my mother.

What Remission Means to My Mother

The second was not a blind trial, so my mother was aware of the potential side effects of her drugs. Again, she was not cured but made substantial improvements. We thought that maybe the third time would be a charm.

Her doctor said this would be the last trial he would recommend, and thankfully, it resulted in remission. She still deals with quite a few medical issues, but far less than she endured before the trials.

Why Clinical Trials are Important to a Colpitts Clinical Employee

Flash forward from the first trial in 2003 to now, and I am working in the billing department for Colpitts Clinical, where I was surprised to learn how big of a role travel plays in clinical trials.

Although my experience with my mother is difficult to reflect on, I apply what I learned throughout that ordeal in my work. I know how difficult it is for patients and caregivers, but I also know how great the help they receive is.

Everyone from the trial facilitators to the doctors, phlebotomists, site coordinators, and team handling patient reimbursement expenses was terrific to my mother and me. At the office, I often get a call from a caregiver that brings me back to that time, but now I am one of the helpers and have the opportunity to pay it forward.

Read More about Why Clinical Trials are Important

The Healing Power of Clinical Travel

What Does Kindness Cost? 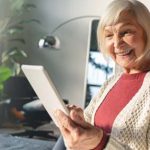 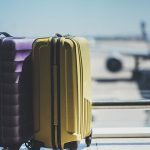