Travel coordination sounds pretty straightforward – book flights, hotels, ground transportation, etc. When travel involves clinical trial patients, you then have to consider long-term and medical accommodations, among many other details. If my job were as straightforward as it sounds, it probably wouldn’t be so rewarding.

I recently had a client who was traveling from out of the country with her son, who is part of a trial in the southern United States, and her daughter was accompanying them. In their rural hometown the closest major airport is five hours away. After the son finished all of his appointments, the family was spending their last afternoon in the US relaxing, when the mother received an urgent call that her mother had suffered sudden heart failure and was rushed to a hospital. The family’s scheduled flight was not due to arrive back in their home country until late the next night, but the prognosis for the elder patient was grave and she was not expected to survive the night.

As their travel coordinator, I checked every flight possible. There were already few options due to the remoteness of the family’s hometown, and every flight was booked. I used my extensive knowledge of US airports to check six other possible departing locations and called the airline to see if there was any chance that there were open seats on the booked flights. As I waited on hold many times, I was determined to help this family get home, even it was thousands of miles away.

Despite every effort, a solution was not found. The family, even in their time of distress, comforted me and said they knew I had explored every option. After more than 20 years in this industry, I have celebrated many successes in helping patients deal with personal crises and unexpected situations during the clinical travel, and I have also cried with those who did not get the outcome they were hoping for. All of us at Colpitts are personally invested in our patients’ experience, and through the good times and the bad our focus is always on the patients. 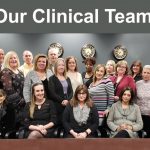 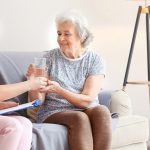